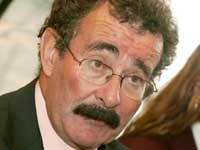 For many years now, I have had the honour of being involved with the BA, both as an active scientist and now as President of the BA Council. Even before taking over the reins, I was for a long time impressed with its work in promoting dialogue about science.

When I became officially involved with the BA, I was surprised at how small the organisation is and yet it is such an influential and important player in the field of public engagement. National Science Week, which it coordinates, involves hundreds of thousands of people through its events and the BA Festival of Science reaches tens of millions through extensive news coverage.

Much of the work of the BA is made possible through the dedicated work of its volunteers at branches around the UK and its close relationships with a number of partners. This has helped the BA lead the way, in particular with projects to involve black and minority ethnic groups in dialogue and to support the wider science communication community through the annual science communication conference and a national programme of working lunches.

As research has shown, there is genuine public interest in science and a desire to engage with scientists. As the BA moves into/6, it must ensure that both it and other organisations do not ignore this desire. Public support is crucial if science is to advance, and in an age where scientific progress moves on ever more rapidly, never before has the work of the BA been so essential.

The complete Annual Review, including a financial summary, can be downloaded here (PDF 1.14MB).